In 2001 researchers from India’s Oceanic Institute detected anomalies on the bottom of the Gulf of Khambhat, seven miles from shore. And they had been commissioned by the Indian government to do a survey of pollution in the Gulf of Khambhat up in the north west of India. And they were not expecting to find anything except a mess down there.

But suddenly their side scan sonar started returning images of regular structures. The images revealed an enormous network of stone buildings now shrouded in mud and sand and covering an area of five square miles. What they were looking at in the Gulf of Khambhat are the remains of cities actually two of them and it turns out that they are positioned on the side of ancient river channels. They look like the cities that have been submerged for a very long time, at a time when mainstream Archaeology tells us there were no cities anywhere in the world.

Powerful cross currents made it nearly impossible to dive the 170 feet to the bottom. Still scientists retrieved dozens of artifacts including wood and pottery shards. Some of the human artifacts that were brought up extended as far back as thirty two thousand years. But the oceanographers concluded that the area had been covered by water about 9000 years ago. So the city had apparently existed from 32000 to about  9000 years ago. 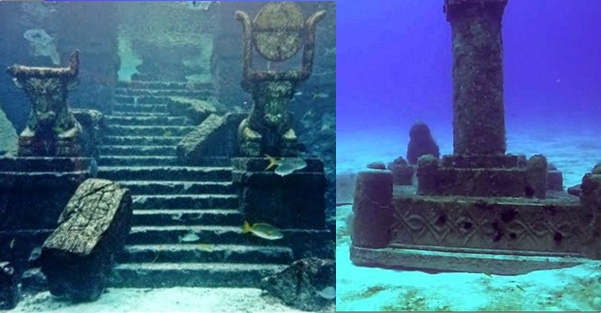 200 miles to the northwest lies the modern city of Dwarka. Archaeologists digging deep under the city found signs of a settlement once flooded by the sea. Inspired by this clue. They began searching for more ruins in waters just off the coast. In only 70 feet of water divers discovered sandstone walls cobblestone streets and evidence of a prosperous sea port. Scholars declared these ruins to be the remains of the ancient and legendary city of Dwarka.

Ancient Hindu texts explain that the legendary city of Dwarka was said to be the dwelling place of Lord Krishna. A deity worshiped across many traditions of Hinduism. Imagine what it would mean for the Christian world. To all of a sudden discover the actual Holy Grail the actual Ark of the Covenant. That would be akin for the Indian population to discover an actual City of Dwarka. This was a very powerful city which was ruled by Lord Krishna. And Krishna is still revered until today. It’s one of the highest gods that we have in Hindu culture. Hindu texts explained that a king named Shalva attacked Lord Krishna in the mythical Dwarka.

Ancient astronaut theorists believe the descriptions of the battle suggest the use of alien technology and even spacecraft. According to the ancient Sanskrit texts. With these space craft Shalva attacks the city and raining down high energy weapons that resemble light. Which would eventually destroy large parts of the city in this way. When this happened the king of the city along with the god Krishna responded by firing weapons at this space craft. The weapons are described as arrows but they’re not ordinary arrows. It’s said that they roared like thunder when they were launched and resemble bolts of lightning or rays of the sun. In response it is said that the space craft began to appear at different places simultaneously. It appeared to be moving at ways that resemble moderate descriptions of UFOs.

The legend says that Krishna eventually departed Earth and the ocean consumed his city of Dwarka. For many people the description of fabulous ancient cities and the Sanskrit writings of India were simply mythology. But with the discovery of the remains of the sunken city off the coast of India and the location of Dwarka all that has changed. People are beginning to look at these ancient writings in a new light and see them not simply as mythology but as actual historical records. 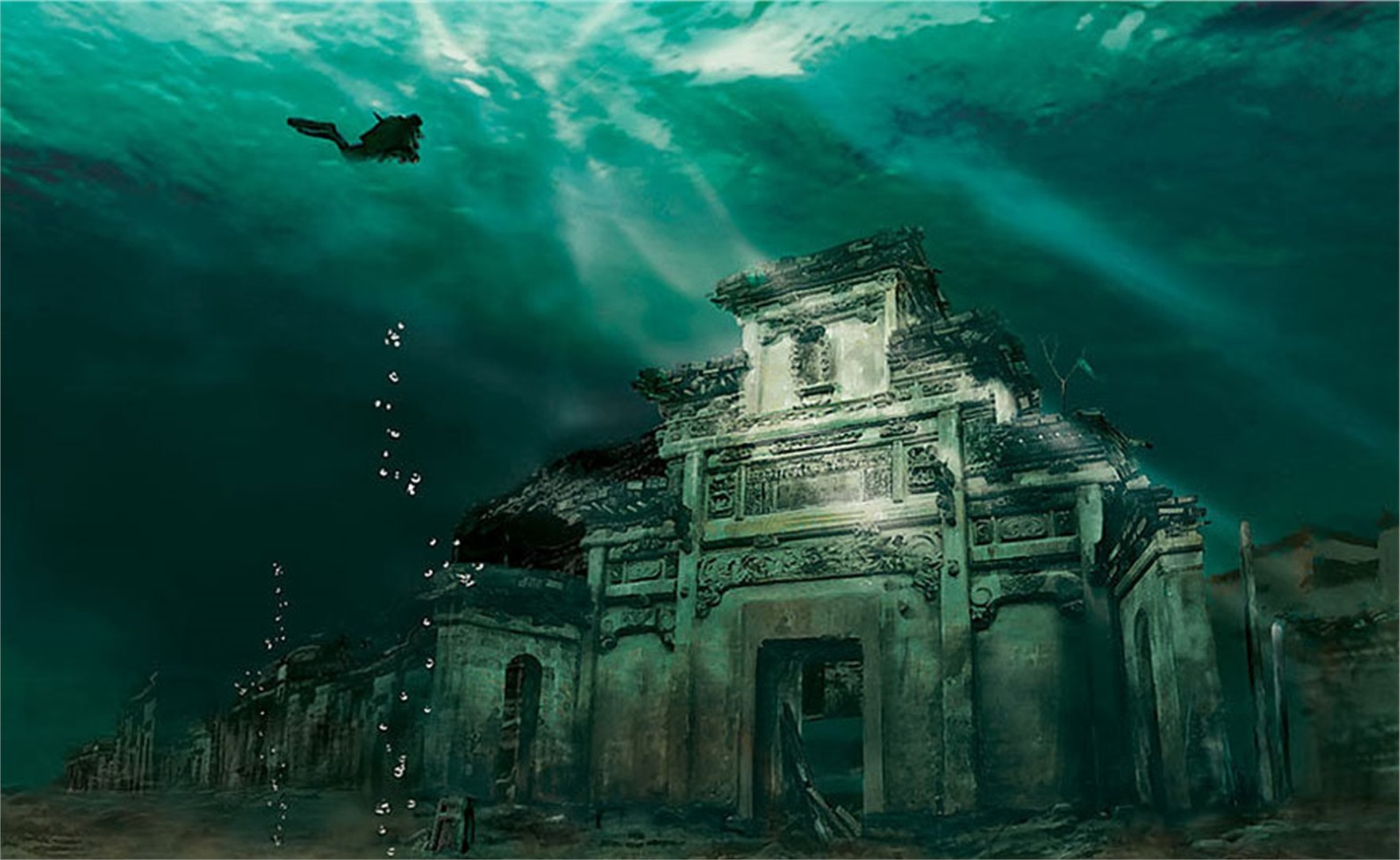 Did India’s ancestors witness a war between Extraterrestrial Entities? If the mythical city cited in The Hindu texts turned out to be real. Could there also be evidence of Krishna and his supernatural powers? Ancient alien theorists believe a link between the submerged ruins and extra terrestrials can be found in another set of texts known as India’s Sangam literature.

Sangams were assemblies of sages. It says that the first two Sangams took place on a sunken landmass called Kumari Kandam. This area was once above water thousands of years ago. According to the accounts. But it’s now underwater. It’s also interesting that these assemblies of sages included extra terrestrial beings as well. And this fits in with evidence discovered in the Gulf of  Khambhat and off the coast of the present city of Dwarka.