The midnight of August 15, 1947, is perhaps noted as the most significant in the pages of Indian history. In the words of then Prime Minister Jawaharlal Nehru, India awoke to life and freedom. But the freedom was hard earned dream come true for the nationalist leaders of India and then stitching together hundreds of territorial pieces into one whole was an aspiration much harder to realise and as of August 15, they lay yet unfulfilled.

When the Britishers left India in 1947, they did not leave the country the way it is today. 70 years ago, with more than 500 princely states scattered across the boundary, the idea of united India was difficult to conceive. And to make matter worse, the British did not decide anything about the princely states and they were free to join either India or Pakistan and could even remain independent!

The princely states, both pampered and exploited by the British, maintained a position of semi-autonomy under the colonisers and were the toughest challenge facing free India. Once the withdrawal of the British were announced, the issue of the princely states had to be settled for the new government that would be in power. The freedom led some of the rulers and princes into believing that they could rule their independent states. To aid in the process a new state’s department was set up with Sardar Vallabhbhai Patel as its head and V. P. Menon as the secretary.

Together they, under the guidance of Lord Mountbatten, were given the responsibility to coax, cajole and convince the princes to accede to the Indian union. Bikaner, Baroda and few other states from Rajasthan were the first ones to join the union. Alternatively, there were several other states that were adamant to not shake hands with India. Some of them thought this to be the best moment to acquire independent statehood, while there were others who wanted to become a part of Pakistan. Here are the cases of five states that opposed the idea of joining India. 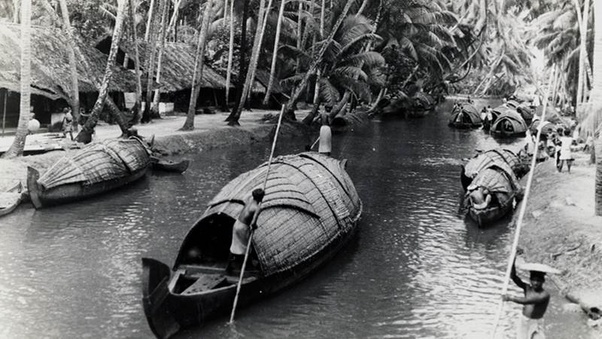 The Southern Indian maritime states was one of the princely states to refuse accession to the Indian union and question the Congress’ leadership of the nation. After the British left India, the dewan, Sir CP Ramaswami Aiyar, made it clear that Travancore would become an independent country, free from any outside rule, as it was before 1795 when it first signed a treaty with the East India Company. This desire was also welcomed by Muhammad Ali Jinnah. But after a series of negotiations, Travancore gave in to the demand of joining India but what preceded it was certainly unfortunate.

An assassination attempt was made on Sir CP Ramaswami Aiyar by a social activist of Kerala and had to be admitted to hospital. While the Dewan stuck to his position till as late as July 1947, he changed his mind soon after he survived an assassination attempt by a member of the Kerala Socialist Party. On July 30, 1947, Travancore joined India.

Another state that wished to declare Independence was Bhopal, which had a Muslim Nawab, Hamidullah Khan, ruling over a majority Hindu population. A close friend of Muslim League, the Nawab was staunchly opposed to Congress rule. The Nawab of Bhopal, wrote a very emotional letter to his childhood friend Lord Mountbatten when the latter advised him to accede to India. Agitations broke out under his rule and there was increasing public pressure on him to merge the state of Bhopal with India. By July 1947, the Prince became aware of a large number of princes who had acceded to India and decided to follow suit.

The Rajput princely state was a strange case of tilting towards Pakistan despite having a Hindu king and a large Hindu population. While the prince, Maharaja Hanvant Singh, was strong to join India, he somehow got the idea that it might be more beneficial for him to join Pakistan on account of the fact that his state shares the border with the soon to be born country. Supposedly, a meeting took place between the Maharaja and Jinnah. Jinnah is said to have handed a blank sheet and a fountain pen to Maharaja saying, “You can fill in all your conditions”. But it was after Vallabhbhai Patel’s intervention, who offered him sufficient benefits and explained the problem of joining a Muslim state, the Maharaja came around and agreed to join India.

The case of Hyderabad was by far the most significant and complicated challenge among the princely states. Though it was legal for princely states to join either India or Pakistan or remain independent, geographically it made little sense for Hyderabad. Lying in the Deccan plateau, the state covered a large portion of the centre of India. During the independence of the country, Nizam Mir Usman Ali was presiding over a largely Hindu population. When the British decided to leave, the Nizam was very clear on his demand for an independent state and consequently becoming a member of the British Commonwealth of nations. Lord Mountbatten, however, made it very clear that the Crown would not agree to Hyderabad becoming member of the British Commonwealth, except through either of the two new dominions.

Meanwhile, the tussle for Hyderabad grew stronger, violence and demonstrations across the state became a regular feature. The Nizam also drew support from Jinnah who pledged to defend the oldest Muslim dynasty in India. However, for Vallabhbhai Patel, an independent Hyderabad was equivalent to having cancer in the belly in India. When Lord Mountbatten resigned in June 1948, Congress send troops to Hyderabad which came to be known as ‘Operation polo. In an armed encounter which lasted for about four days, the Indian Army gained full control of the state. And later in an attempt to reward Nizam for his submission, he was made the governor of Hyderabad. 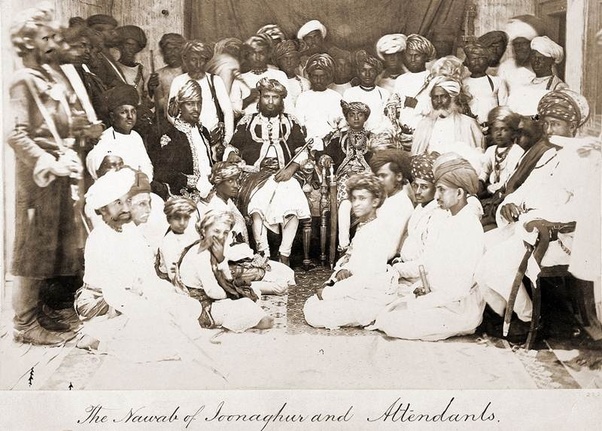 Apart from Hyderabad, there was one more state that had not acceded to the Indian union by August 15, 1947, the Gujarati state of Junagadh. It was the most important among the group of Kathiawar states. Earlier, it announced its decision to join Pakistan. Vallabhbhai Patel, who is also from Gujarat, was particularly enraged to hear this. Here too, the Nawab, Muhammad Mahabat Khanji III ruled over a large Hindu population.

A provisional government of Junagarh was set up in Bombay, and there were agitations to annul the accession of Junagarh to Pakistan. When the situation worsened, the chief minister of Junagarh wrote to Pakistan for help but seeing no help coming from there, Junagarh had to ask the Indian government to take over the administration. And eventually, on February 20, 1948, a plebiscite was held in the state wherein 91 per cent of the voters chose to join India.