Panipat was first mentioned in epic Mahabharata as one of five prasthas (cities) founded by Pandava brothers. It is being mentioned as Pandavaprastha (Sanskrit) that literally means city of Pandavas. It is believed that current name of Panipat is abbreviated from Panaprastha which is another old name.

Three important battles in the history of Indian subcontinent were fought at Panipat. I would briefly cover them all.

The first battle of Panipat was fought between Mughal Emperor Babar and Ibrahim Lodhi. Before the arrival of Mughals in subcontinent, Ibrahim Lodhi was King of Delhi Sultanate. Rana Sanga asked Babar to attack and fight against Lodhi. This battle is known for war technology where Mughals first time introduced gunpowder firearms and field artillery. 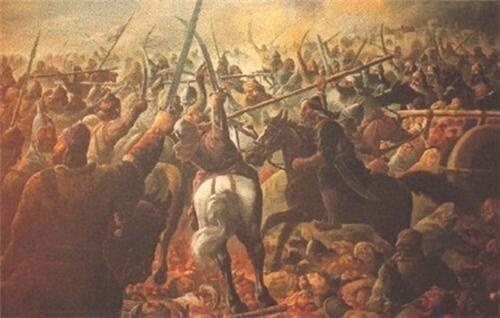 Tactics used by Babur were the tulguhma and the araba. Tulguhma meant dividing the whole army into various units, viz. the Left, the Right and the Centre. The Left and Right divisions were further subdivided into Forward and Rear divisions.

Despite lack of technology and war tactics, Ibrahim Lodhi fought till the end. He was killed alongwith his 20,000 troops. During British rule, his grave in Panipat was renovated which is now a tourist spot. 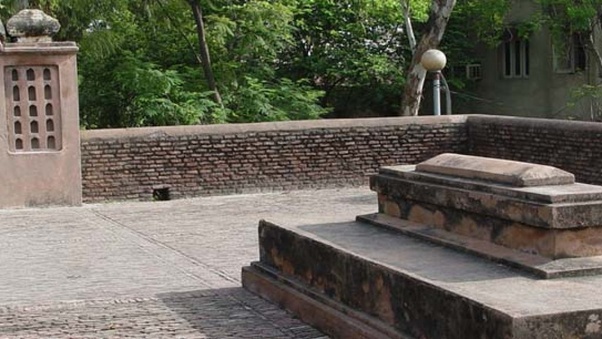 Second battle of Panipat was fought between Mughal Emperor Akbar and Hem Chandra Vikramaditya (who was an ally of Adil Shah Suri). Before 2nd battle of Panipat, Hemu defeated Mughal forces led by Targi Beg Khan. Hemu claimed the territories of Delhi and Agra which were strongholds of Mughals. 13 year old Akbar and his guardian Bairam Khan marched towards Panipat to face Hem Chandra. Hem Chandra can be considered the only Hindu King who ruled Delhi sultanate during Muslim rule for brief period of time. At one stage when Hemu’s Army was on verge of decisive victory, he was accidentally wounded with one arrow at his eye and he collapsed unconscious. This situation quickly turnaround the battlefield where Hemu suffered with loss of 5K soldiers.

The elephant carrying the wounded Hemu was captured and led to the Mughal camp. Bairam Khan asked the 13-year-old Akbar to behead Hemu, but he refused to take the sword to a dying man. Akbar was persuaded to touch Hemu’s head with his sword after which Bairam Khan executed him. Hemu’s head was sent to Kabul while his body was gibbeted on a gate in Delhi. A minaret was subsequently constructed of the heads of the other dead.

Third Battle of Panipat is widely considered as one of the turning point of Indian history. Afghan forces were led by Ahmad Shah Abdali fought against Maratha Empire. This must be noted that Ahmad Shah Abdali received support of local Pathans, Rohilla and Oudh allies. It could have been different picture today if they had supported Marathas instead of Abdalis.

When the battle began at 8 a.m.on 14th January,1761 after Marathas’ scantier foodgrains were engulfed by their soldiers,Durrani forces fired their short range cannons,but proved to be ineffective because of falling their ignition on the middle of the battlefield.Thus Ahmad Shah Durrani tried to thwart Maratha advance because ,he sent his special messenger over the river Jamuna to cross his roughly 15000 baluch soldiers who were engaged to block supply lines of Maratha.Ahmad Shah Abdali had little faith on his allies’s ground troops. So, cunningly he played hit and run tactics untill his 15000 Baluch troops complete to cross Jamuna toward the East.After reaching this 15000 cavalry troops in the evening, Ahmad Shah Abdali decided final phase of his charge. In the meantime,after receiving message of crossing 15000 Afgan troops the river Jamuna,Vishasrao disappeared from the battlefield and secretly crossed the river Jamuna on the west.This was a major blow for the maratha side.On the other side Ahmad Shah Abdali tried to prolong the battle for minimum losses and maximum gains.And he was successful in his superior tactics.