According to the Hindu Mythology, Brahma Vishnu and Shiva form the trinity who symbolize creation, preservation, and destruction respectively. The Dashavatara theory is based for Lord Vishnu who is considered to be the protector of the universe. Dashavatara Theory is a very important aspect of the Bhagavata cult. Kalki is the last avatar in series of ten reincarnations that Lord Vishnu takes on earth who is yet to arrive. 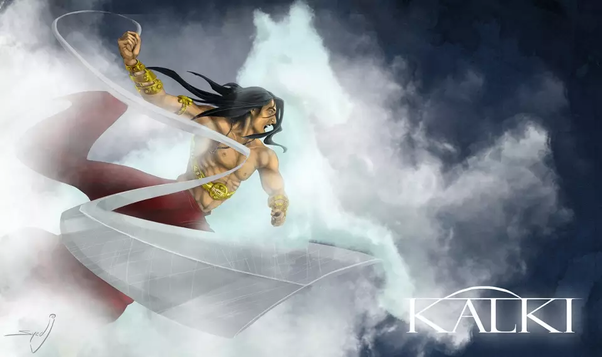 Following points help us to understand this aspect in details further:

The Significance of the Ten Avataras:

Good and bad phases exist in this world and it is the cycle that cannot be changed. However, at some points when the crisis reaches its peak and things go out of control then Lord Vishnu takes an incarnation and come to the planet and protect the welfare of the people. 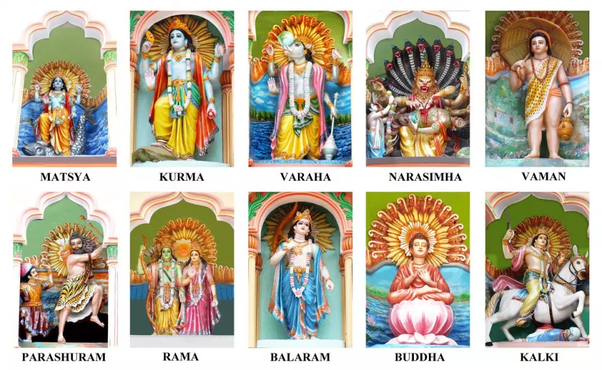 This point is mentioned in Gita as well- ‘Whenever the Dharma is in danger and Adharma is at its peak, to save the good people and destroy the evil, I shall reincarnate in every Yuga to restore Dharma.’ The ten Avataras are Matsya, Kurma, Varaha, Narasimha, Vamana, Parashurama, Rama, Balarama, Krishna, and Kalki. Some even consider Buddha as an avatar of Vishnu.

Yugas and Importance of Kalki in Kali Yuga: 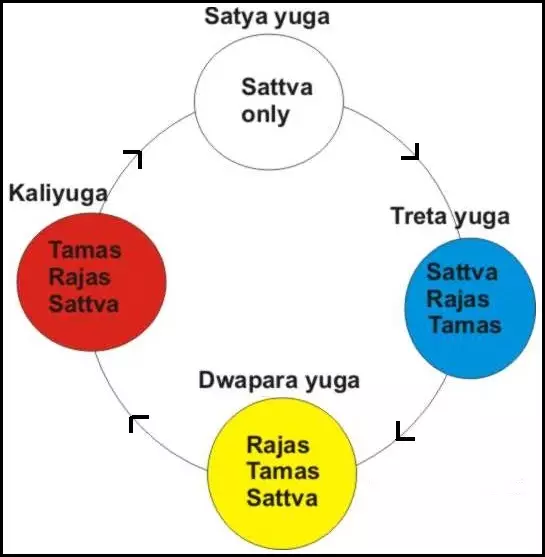 In Hinduism, there are four main Yugas- Satya, Tretaa, Dvapara and Kali Yuga. The Kalki Avatar would be the last incarnation in the Kali Yuga when all the evils, atrocities, crime would reach the zenith i.e. Adharma is at its peak. The Kalki Avatar is also the last Avatara as humanity itself has come to an end and that the world has reached the termination point.

Kalki’s Role In the Evolution Concept: 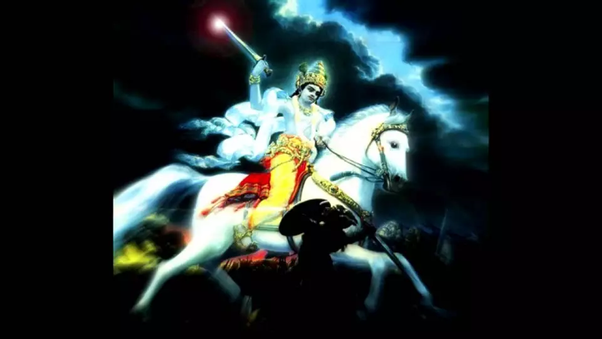 If one conducts an in-detailed research and study about the Avataras, we can find similarities with the theory of evolution as well. Each Avatara in the sequence represents the evolution of the world from water creatures (Matsya) to Human beings at their advanced stage (Krishna). Kalki symbolically represents the end of the world and is an avatar yet to arrive on a mystical horse. After many centuries, the entire evolution will begin again.

“Material objects needed for this Avatar’s mission will be at his disposal as soon as He will think of them. He will be victorious with the strength of virtue. He will restore order and peace in the world. This Avatar will inaugurate a new era of truth, and will be surrounded by spiritual people. The people of the earth will imitate this Avatar’s conduct, and there will be prosperity and peace. Men will once more betake themselves to the practice of religious rites.”