He was one of the most unfortunate characters but his spirit to fight against the odds that too with dignity ,honesty and courage make him an inspirational warrior .

Following are some points that I feel make him different and better than others ;

1. Karna was abandoned by his mother Kunti and was adopted by a lower caste couple due to which he was rejected by Dronacharya for Warfare Training but still he managed to be the best .

2. His own teacher Parshurama cursed him that he’ll not be able to use his skills when he’ll need them the most .

3. Once, a small girl was carrying a bowl of ghee to her mother and she accidentally spills it on the ground. She was very afraid that her mother would scold her for this. Karna decided to help her by invoking powerful incantations to squeeze ghee out of Earth itself. This caused great pain to Mother Earth and she cursed Karna, that when he would be the most vulnerable, she would abandon him.

4. Once when Karna was practicing his archery, he accidentally killed a cow. The cow belonged to a brahmin, who is enraged. He cursed Karna that he will also be killed by an arrow when he is the most helpless.

4. During the starting days of kurukshetra he was not allowed to fight because Bhishma refused to fight alongside a warrior who was not Kshatriya .

5. Karna was born with an impenetrable golden armor – a gift from his father – Surya. Indra – Arjuna’s father – knew that this armor would prevent Karna’s death, and so went in a disguise to ask for the armor. The armor is not an armor that one puts on like clothes. The armor is attached to him and is a bodily part. He nevertheless ripped out the armor and gave it away as we would rip out a chunk of flesh from our body. 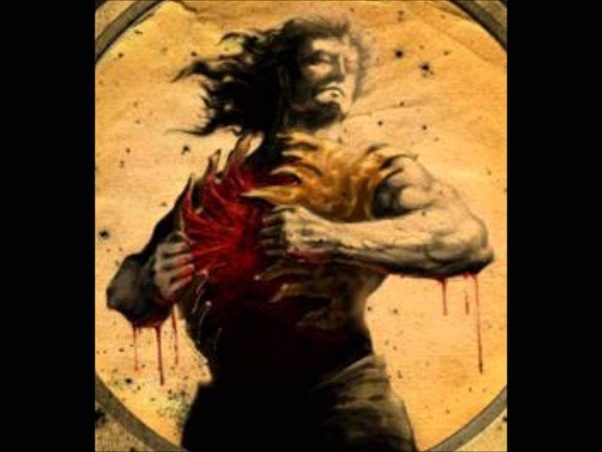 6. When the Kurukshetra war was almost at close, the Pandavas were reeling from the assault by Karna. Karna had defeated every Pandava brother except for Arjuna but didn’t killed them because One night before , Kunti approached Karna and appealed to him to not kill any Pandavas. Karna agreed and said that Kunti will have her 5 sons .

7. All these Curses collectively led to his defeat and he was killed by Arjuna in war when his chariot wheel got stuck in mud . 8. As his last test When he was in the mud, dying, Krishna came forth in a brahmin’s disguise and asked for some alms from Karna. Karna took a stone from the ground and broke two of his gold teeth and gave it to the brahmin. The brahmin cursed Karna for giving him teeth with saliva on it. Karna, almost dead, took a bow and arrow and punctured Earth so that there was a spring of water to wash the teeth clean. He offered the clean gold teeth to Krishna. Krishna was so impressed by Karna, he showed him his Vishwaroop. Thus, Karna becomes only the third mortal to see this vision.

All his life, Karna was ridiculed, shamed and humiliated. Every time. And not just by other characters. He was shamed by fate itself. But he never stopped learning, and never stopped fighting and That’s what Makes him a warrior like no one else. He never refused to stand up for what he believed in .. died but never left the friend who once supported him in his bad time and fought for the losing side with dignity and courage that forced even the enemies to praise him and This is what Krishna told to Yudhisthira when the later started celebrating Karna’s Death .