Haunted stories frighten the soul and make us cringe our eyes, but we all love them anyway. The journey of life sounds less impressive in front of the story of death. The transcendental path between the real world and the other world is vast enough to inhabit folklores of wandering souls. The creepier the tale is, the interesting it sounds. There are many places in our country which are associated with paranormal activities. What makes these place much more legit is the story behind them. From a harmless ghost to a notorious devil, every type of supernatural ghost has a story to tell. Among many haunted places famous in India, the abandoned village of Kuldhara in Rajasthan has a unique chronicle to divulge. 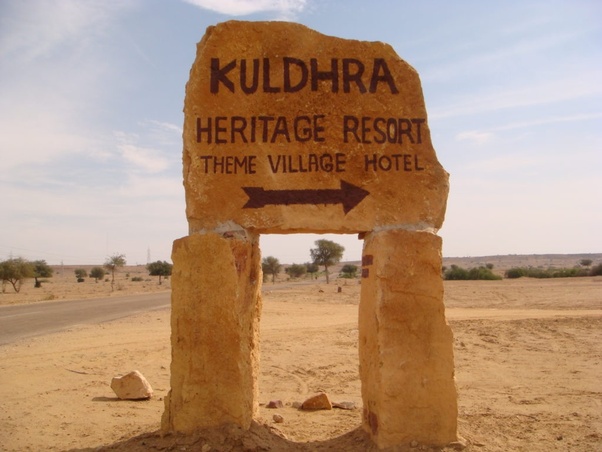 Situated at around the distance of 20 km from the town of Jaisalmer, Kuldhara is a village with houses built of bricks and lanes looking as lively as of any other village and also a temple in between. However, it is missing the core part, the villagers. The whole village was deserted by its residents in the 19th century suddenly in the night time. The exact reason is not known to anyone. Government and Researchers claim that natural calamities like Drought and Earthquake might be the reason for the haste abandoning of the whole village. Nevertheless, the approximation of the science leaves the space for alluring folklore to rise and spread.

According to the legends as per narrated by the local people, the village was once very prosperous and full of life. The near around 1000-population of the village had ignited days and nights. Ministered by the Paliwal Brahmins, nothing was supernatural about this village then. The problem started to brew when the Diwan of Jaisalmer called Salim Singh laid his eyes on a beautiful girl of the village who was also the daughter of Village’s chief. Salim was infamous for his corrupt principles and tax collecting policies. He warned the villagers to stay away from his whereabouts or he would charge them extra tax. Afraid from his wrath, every single resident ran away from the village leaving everything behind. Before leaving the village, the villagers apparently cursed the village to never flourish again and stay abandoned for ages to come. 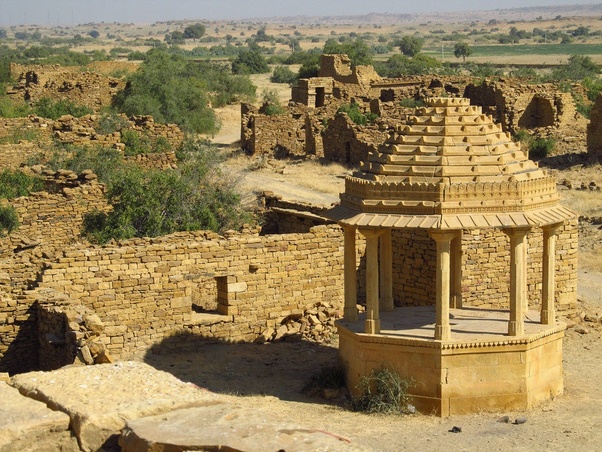 Many people do not believe in this story and wave it away with a huff. Some believe that these makeup stories are created to attract tourists. However, in the year 2010, a team of 18 members of paranormal researchers led by Gaurav Tiwari decided to explore the land of Kuldhara. After spending the night in the village, they assert that there are some spirits in the village. They said that they saw moving shadows, heard voices and some other extrasensory activities. These evidential events cannot be shunned. 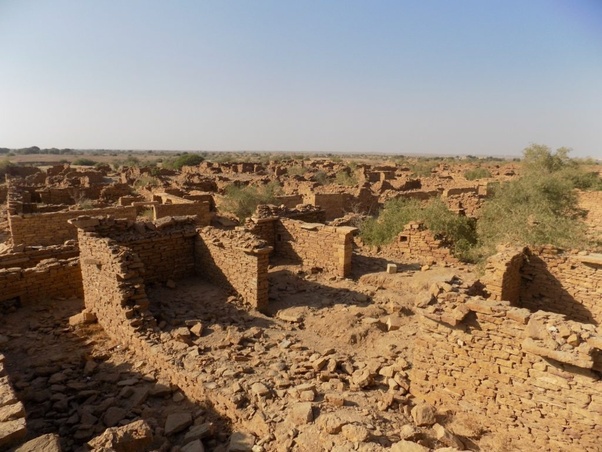 The village of Kuldhara is now a tourist place and many curious travellers visit it to experience something they don’t even know what it is. The government of Rajasthan is keen on transforming this place into a full-fledged tourist spot.