Sree Padmanabha temple rose to international fame very recently primarily due to the discovery of treasures worth nearly ₹1.2 lakh crore or ₹1.2 trillion (US$18 billion) with nearly 10 times more worth calculating the antique value. In addition, one vault believed to house almost double the total discovered treasure hasn’t been opened yet or calculated into the total discovered treasures.

Due to the spread of this news, the temple has caught into imagination of every Indian and many foreigners, something like Pyramids of Egypt or Inca Gold cities etc. Many think, these gold treasures are exhibited for people to see and flock in large numbers, only to be disappointed.

However in reality, the treasures are deep underneath in well secured vaults which are highly guarded while the temple functions like any other normal South Indian temple. For Malayalees, its was much known, the temple carries immense treasures, though none expected to this level. As result, it hasn’t caught any sudden fancy imaginations or fantasies for majority of Malayalees.

However, what should really fascinate anyone is the massive history and extremely huge legacy, that this temple has in the history of Kerala as well as the revered position mythological and ritual wise. 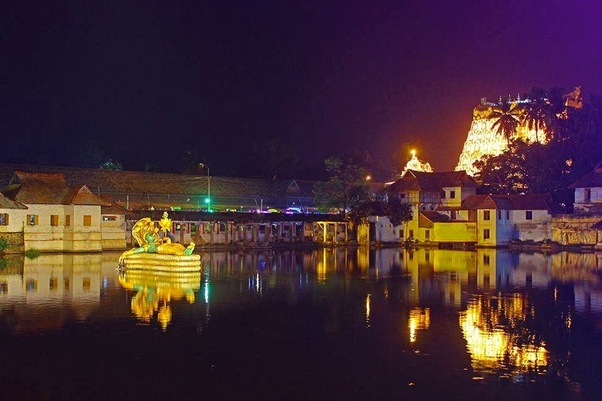 The temple is definitely part of 108 Divya Deshams (Holy abodes) of Lord Vishnu and its one of the most oldest surviving functional temples in the country.

But for me, the most interesting part is that, this temple is part of a mythological representation of Kerala itself.

As per myths of Kerala, our state was formed when Lord Vishnu’s 6th Avatar- Parasurama threw axe from then-the tip of Indian subcontinent-Gokarna which resulted in rise of new land till Kanyakumari.

As Kerala was created by Parasurama, the land is also known as Bhargavakshetra (Abode of Bhargava, another name of Parasurama). Its believed, Kerala’s basic geographical shape itself is naturally designed in the exact way and posture as Lord Vishnu sleeps 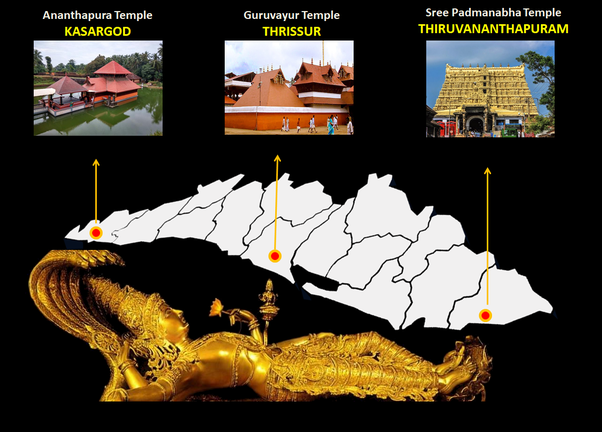 Accordingly, the widespread belief, as Lord Vishnu himself reclines throughout the length and breath of Kerala, his head will be in Kasargod where the famous Ananthapura Lake Temple exist believed to be Moolasthanam (The Originating Place) of Lord Padmanabha, his Navel will be in Thrissur where the famous Guruvayur temple exist and finally his feet at Thiruvananthapuram (Trivandrum) where Sree Padmanabha temple exist.

This myth is highly fascinating, as it might be sheer coincidence that the state’s boundary lines today exactly resembles to the same way as Sree Padmanabha’s posture. For example one can see left leg of the lord is slightly raised to fold and you can see how Kerala’s Idukki district also slightly edges out a bit. Ofcourse Kerala state boundaries wasn’t drawn in 1956, looking at Padmanabha’s statue. But the sheer coincidence often cements the belief, that Lord Vishnu reclines across Kerala and thus protects the land.

Kerala is one of a fascinating place in India to visit, apart from the natural beauty of the region. The most top rated and the most preferred sites to visit during your holidays includes many of temples with amazing history and also some of the historical temples also carries information about the origin of the cultural diversity of Hinduism one of the most diverse and Oldest religion of India.

Sree Padmanabhaswamy Temple in the league of most fascinating temples and tourist spots in Kerala tops the list of favorable places to visit, in terms of its architect as the story of its installation and prolonged historical reference in many of the historical books and Vedas counts it special and one of the prominent Hindu Temple in India and across the World.

All these facts and popularization magnetize millions of visitors to the temple throughout the year, the stories and enriched cultural density don’t only call the temple as one of the oldest temples, it also marked it as the Richest Temple of India.

The Temple of Sree Padmanabhaswamy is unique as it is called as the crown of Travancore, the Kingdom of Travancore till 1949 was ruled by Travancore Royal Family and free India named the estate Thiruvananthapuram. Read the amazing facts about the Temple to know its past and its significance.

The Padmanabhaswamy Temple is bestowed with many mesmerizing Lord Vishnu or Padmanabha’s images, the image in the center of the temple of Lord Vishnu resting over the Adi Sesha or Serpent Anantha will surely mesmerize you. The image also can be described as Lord Vishnu’s right hand and over Shiva lingam and Goddess Laxmi by his side. A fascinating part of Image is that it is sketched with 12,000 fossilized shells of historical Nepal’s river Gandaki River. 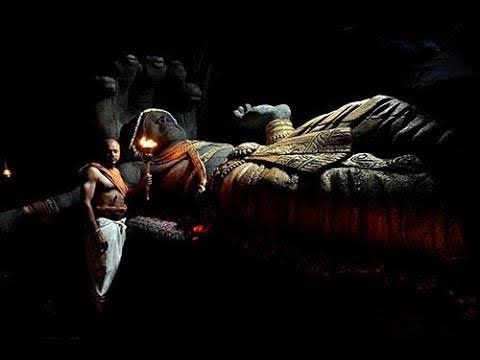 The Laksha Deepam festival is celebrated with a gap of six years in the month of January, as the name of the festival denotes full of lights and Diyas, Sree Padmanabhaswamy Temple’s biggest festival is Laksha Deepam that decorates whole Temple with thousands of Diyas. The Festival is celebrated on occasion of MakraSakranti after every six years that marks the end of Bhadreepams, Hindu seven days rituals that comes twice a year. 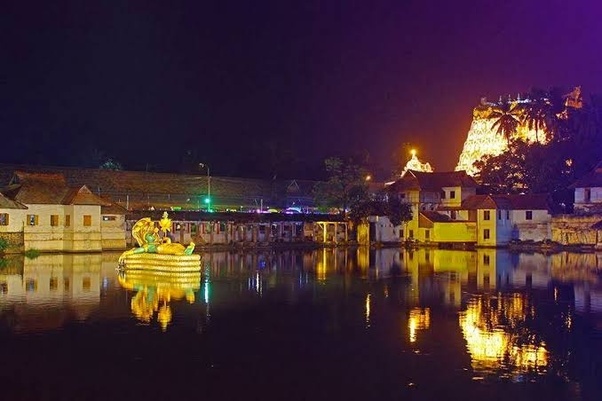 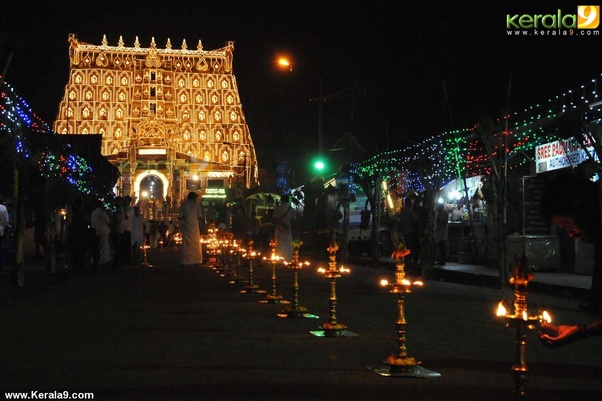 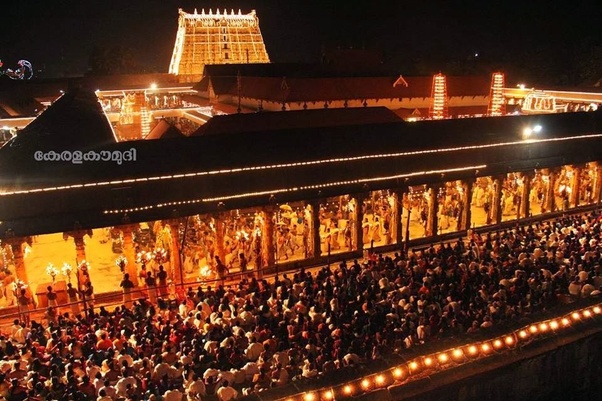 The Kingdom of Travancore and the Temple of Sree Padmanabhaswamy

Over the centuries, several important events relating to the temple were recorded. These included renovations made to the temple, a fire that almost completely destroyed the temple, and the re-construction process. One of the most important events that affected the temple, however, took place in the 18th century. In 1729, the Kingdom of Travancore was founded by Marthanda Varma. Apart from a major renovation that resulted in the present day structure of the temple, Marthanda Varma also introduced the Murajapam andBhadra Deepam festivals. The Murajapam, which literally means the ‘continuous chanting of prayers’, is still conducted in the temple once every six years.

Although the Kingdom of Travancore has ceased to exist, there is still a titular Maharaja of Travancore. Since 2013 this position has been held by Moolam Thirunal Rama Varma. 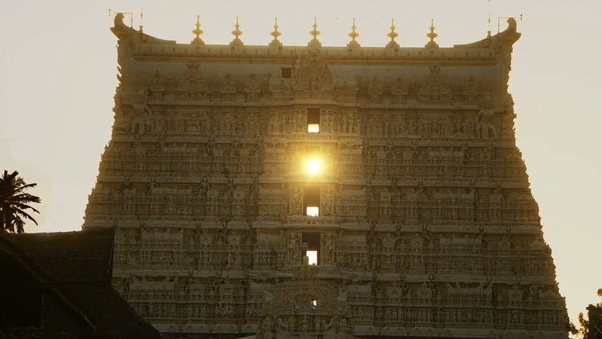 The beliefs and treasure story about the Sree Padmanabhaswamy are not rumors or any initiative from Temple Staff to make it famous worldwide, as one of the most popular and historical temples. Scriptures as Brahman Purana, Mahabharata, Skanda Purana and Varaha Purana mentions Shree Padmanabhaswamy as a shrine. 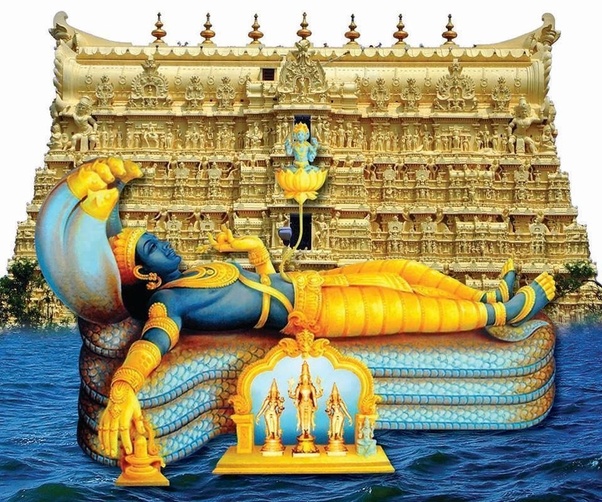 The Temple has secured three and a half feet statue of Mahavishnu in the chamber that is decorated with hundreds of Diamond and other Gems, the weight of pure gold statue is 30 KG.

It is obviously the matter of commonsense that the richest Temple of World needs security to secure not only its luxury but to maintain belief people have as devotees, strong security is ensured with armed special commanders. The Z security marks it as the most secure temple with foolproof plans.

Formal Shirts and Pants are not allowed in Temple, the proper dress code for all is to be followed. The Dress Code says men should wear Dhoti or Mundu around waist and shirts are prohibited. Women are allowed entry with saree categorized as Mundum neriyathum. 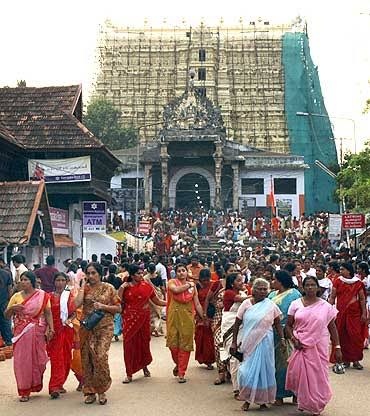 3. The chamber of Secret

Sree Padmanabhaswamy Temple is full of secrets, Supreme Court deciding to explore all its chambers named as A to E decided to not open Chamber B as it is known to be cursed. B Chamber is termed by Historical as the Richest of all chambers.

The chamber B is considered to be fixed to the secret chamber with the ‘naga bandham’ or ‘naga paasam’ ‘mantras’ by the then ‘sidda purashas’ who lived during the reign of king marthandavarma in the 16th century.

It is said that a door of such a secret vault can be opened by a highly erudite ‘sadhu’ or ‘mantrikas’ who are familiar with the knowledge of extricating ‘naga bandham’ or ‘naga pasam’ by chanting a ‘garuda mantra’; so except in this way, the door can’t be opened by any means by anyone.

If any human attempts are made with man-made technology to open the mysterious Chamber-B other than by chanting highly sacred and powerful ‘GARUDA MANTRAS’ by a highly sacred ‘SADHUS’ or ‘MANTRIKAS’, catastrophes are likely to occur in and around the Temple premises or through out India. 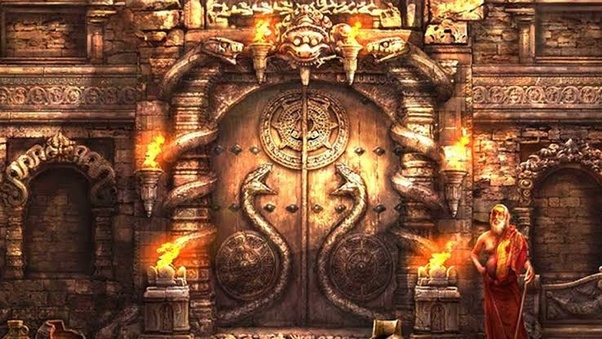 The walls of the temple and its design categorized the style as Dravidian style, the style is one of the rarest and most fascinating design. Indigenous Kerala culture bestowed in design will surely skip your heart for a while. The Dravidian style of architect resembled it as many of Temples in Kerala and Tamil Nadu standing tall with a storey and sloping roofs. 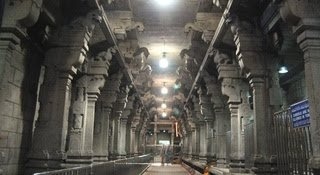 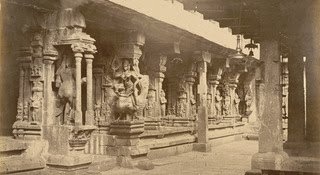 1. Richest Temple In The World

The dynasty of Sree Padmanabhaswamy Temple was unknown for its business and treasury till 2011, the Supreme Court verdict in 2011 to reveal its treasure put all other treasuries to shame. The exploring committee that was commanded to give details about its treasure valued its worth $ 1 trillion marking Sree Padmanabhaswamy Temple richest in the world. 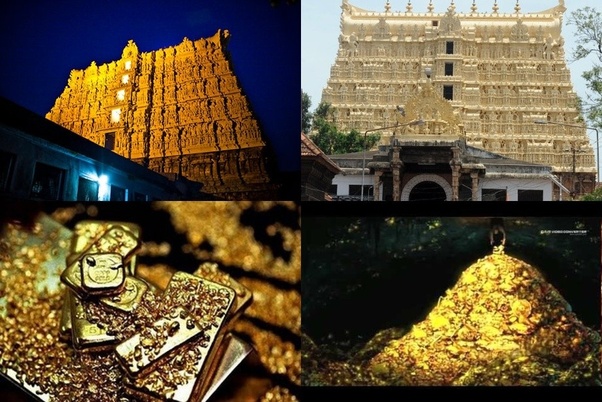 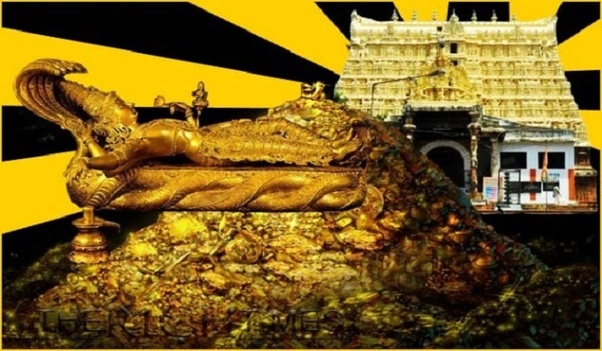