As mentioned in various newspaper & magazine reports, there have been a number of mysterious deaths of Nuclear Scientists throughout the country in recent years. 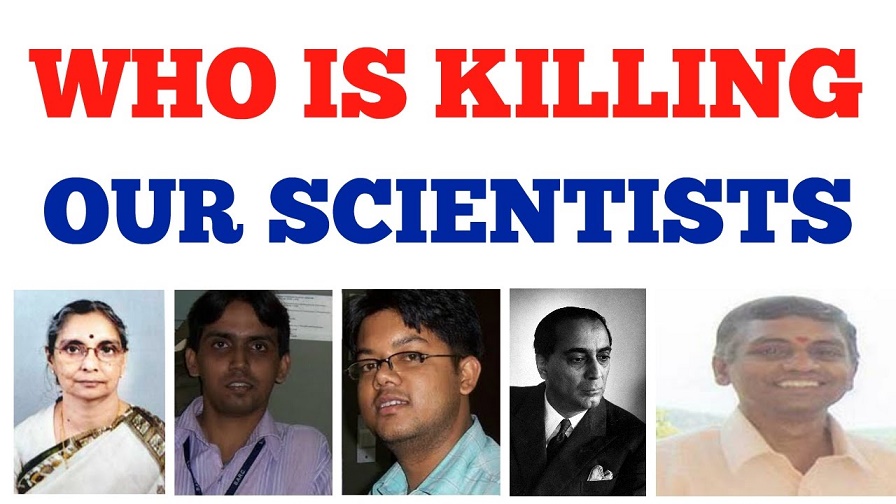 However as of now, nothing can be said and no one can be blamed for the peculiar incidents, though it is widely known that many nations or organizations could benefit a lot from these ‘mishaps’.

The government is neglecting these incidents for long, and is not even giving due importance to the nuclear energy sector as it should.

It could be peer or government pressure at these centers, hostile work conditions, internal conflicts or a well planned sabotage or conspiracy, but no one yet is to be blamed.

One of the reasons for mysterious death of nuclear scientists is,

Of the currently known world thorium reserves,India has a mammoth share – ranging from 25-30% of the total of 1,160 thousand tonnes.

India’s three-stage nuclear power program was formulated by Homi Bhabha in the 1950s to secure the country’s long term Energy Independence, through the use of uranium and thorium reserves.

If India does get succeed in three stage conversion of Thorium to U233 and eventually Electricity, then not only India will be energy independent but also can start exporting thorium to countries like US, thereby hitting the economies which are based on oil.

As of August 2014, India’s first Prototype Fast Breeder Reactor had been delayed – with first criticality expected in 2015- and India continued to import thousands of tonnes of uranium from Russia,France,Uzbekistan and Kazakhstan(largest exporter of Uranium currently).

Indian scientists had published more than twice the number of papers on Thorium in all the years from 2002-2006. Also the paper published by Dr. S K Jain (Chairman and Managing Director of Nuclear Power Corporation of India Limited) stating the energy requirement of India and the amount (approx 500 GWe) that we can generate by effectively utilizing India’s Thorium and Uranium reserves.

According to above information, in some of the cases Indian scientist are being killed and all attempts are made to prevent India’s progress in Energy dependency and make us dependent on enriched Uranium from other countries. Since, the amount involved in Nuclear Deals, like Indo-US Nuclear Deal, is high enough to make or break a small country’s entire GDP ,it won’t be an exaggeration to state that Governments (including India’s government officials of past) may be involved in these operations.

By eliminating India’s skilled scientists from the process of Energy Dependency, and thereby continuing their supply of enriched Uranium as well as the technology at a premium cost to India.

Note here, This might be the one of the reasons, as there is no hard proof to support the above conspiracy.Unfortunately,due to the lackluster attitude of the government here, mere acknowledgement of these murders hasn’t been done yet and hence no statistics in support of this.

At the same time I want to highlight here, Mumbai-based RTI activist Chetan Kothari,who filed The PIL appeals to the Bombay High Court to constitute a Special Investigating Team to probe these deaths and find out if India’s premier nuclear establishments have been following protocols and standard operating procedures when it comes to the safety of their employees.

1 thought on “India’s Nuclear Scientists Have Been Dying Mysteriously”