There are many stories as how Krishna get the Sudarshan Chakra. One of this trace back to Vishwakarma that he has designed this famous Chakra, while another story it is said that Lord Agni has given this to Krishna.

The Sudarshana Chakra was made by the architect of gods, Vishvakarma. Vishvakarma’s daughter Sanjana was married to Surya, the Sun God. Due to the Sun’s blazing light and heat, she was unable to go near the Sun. She complained to her father about this. Vishvakarma took the Sun and made him shine less so that his daughter would be able to hug the Sun. The left over Sun “dust” was collected by Vishvakarma and made into three divine objects. The first one was the aerial vehicle Pushpaka Vimana, the second being the Trishula (Trident) of the god Shiva, and the third was the Sudarshana Chakra of Vishnu. The Chakra is described to have 10 million spikes in two rows moving in opposite directions to give it a serrated edge.

Sudarshana Chakra is considered to be the most powerful weapon in Hindu mythology.When it pursued sage Durvasa,neither Lord Brahama nor Lord Shiva could stop it.

Sudarshana Chakra was used to cut the corpse of Sati, the consort of Shiva into 51 pieces after she gave up her life by throwing herself in a yagna (fire sacrifice) of her father Daksha. It is said that Shiva, in grief, carried around her lifeless body and was inconsolable. The 51 parts of the goddess’ body were then tossed about in different parts of the Indian subcontinent and came to be known as “Shakti Peethas”.

In some of the Vedic literatures it is said that Agnideva, the fire-god, presented this weapon to Lord Krishna but factually this weapon is eternally carried by the Lord. Agnideva presented this weapon to Krishna in the same way that Rukmiṇī was given by Mahārāja Rukma to the Lord. The Lord accepts such presentations from His devotees, even though such presentations are eternally His property. There is an elaborate description of this weapon in the Ādi-parva of the Mahābhārata. Lord Krishna used this weapon to kill Śiśupāla, a rival of the Lord. He also killed Śālva by this weapon, and sometimes He wanted His friend Arjuna to use it to kill his enemies (Mahābhārata, Virāṭa-parva 56.3). The word sudarśana means “auspicious vision.” 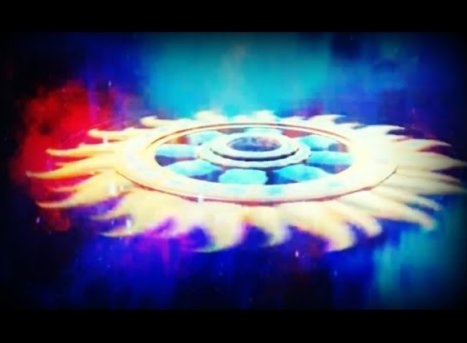 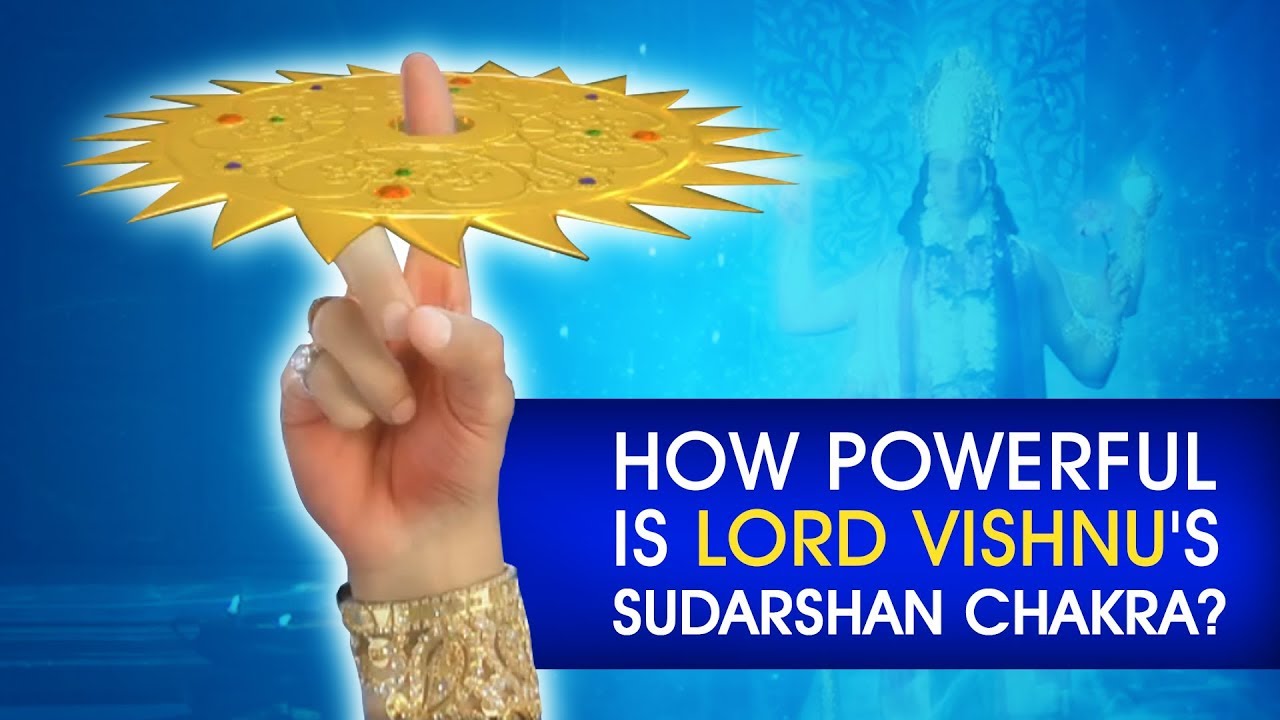 Krishna usually perched the discus on His little finger while Lord Vishnu on His index finger.

In the Mahabharat, Lord Shri Krishna, beheaded Shishupala with Sudarshana Chakra, for his rapacious behavior. When Lord Krishna lifted the Govardhan mountain for support He held the discus below it. Sudarshan Chakra was also used to create an artificial sunset so that Jayadrath could be annihilated by Arjuna on the 14th day of Kurukshetra War.