1. Indra was born to sage Kashyapa and his first wife Aditi.

2. Indra is the eldest among the twelve Adityas, the gods who rule the various regions of cosmos.

4. Indra is the deity of Rig Veda and more than one fourth of the hymns in the Rig Veda are addressed to him.

5. Indra’s mother Aditi bore him in her womb for thousands of years. When a demon called Vritra imprisoned the entire hydrosphere, a chaos arose in the creation. On being urged by Kusava, the goddess of hydrosphere, Aditi gave birth to Indra, her first son. Eventually Indra would grow up to be a fierce warrior and kill Vritra, thus restoring the hydrosphere and balance of the creation.

6. Indra’s weapon thunderbolt was crafted by Vishwakarma and made of the bones of sage Dadhichi.

7. Indra had two daughters named Jayanti and Devasena. Jayanti was married to Shukracharya, the preceptor of the demons while Devasena was married to Kartikeya, the son of Lord Shiva.

8. Indra became the possessor of the elephant Airavata and the horse Ucchaihshrava which arose from the churning of the ocean.

9. Indra handed over the vessel containing ambrosia to Nara and Narayana to keep it far beyond the reach of demons.

11. Once when Narayana was asleep, Garuda stole the vessel containing Ambrosia and went away. On discerning this, Indra was angry. Indra swiftly flew towards Garuda and struck him with thunderbolt. However, Garuda felt no pain and this surprised Indra. Overwhelmed by Garuda’s prowess, Indra asked him for friendship and to return the vessel back to Narayana. Garuda agreed on the condition that he would devour the snakes for his food. Indra agreed and Garuda returned the vessel of Ambrosia back to Narayana.

12. Once Janamejaya performed a sacrifice to devour all the snakes of the creation. To escape from the sacrifice, the snake Takshaka sought refuge with Indra. However, on discerning this, Janamejaya prayed Indra to bring Takshaka in the arena of the sacrifice. Indra agreed and hiding the snake inside his garments, went to witness Janamejaya’s sacrifice. Indra was pleased on being worshiped by Janamejaya and let go Takshaka from his garments. Just when Takshaka and the other snakes were to be offered as oblation in the fire, a brahmana named Astika intervened and requested Janamejaya to spare the lives of the snakes. Janamejaya was initially reluctant but later on being urged by Indra, decided to let Takshaka and the other snakes live. 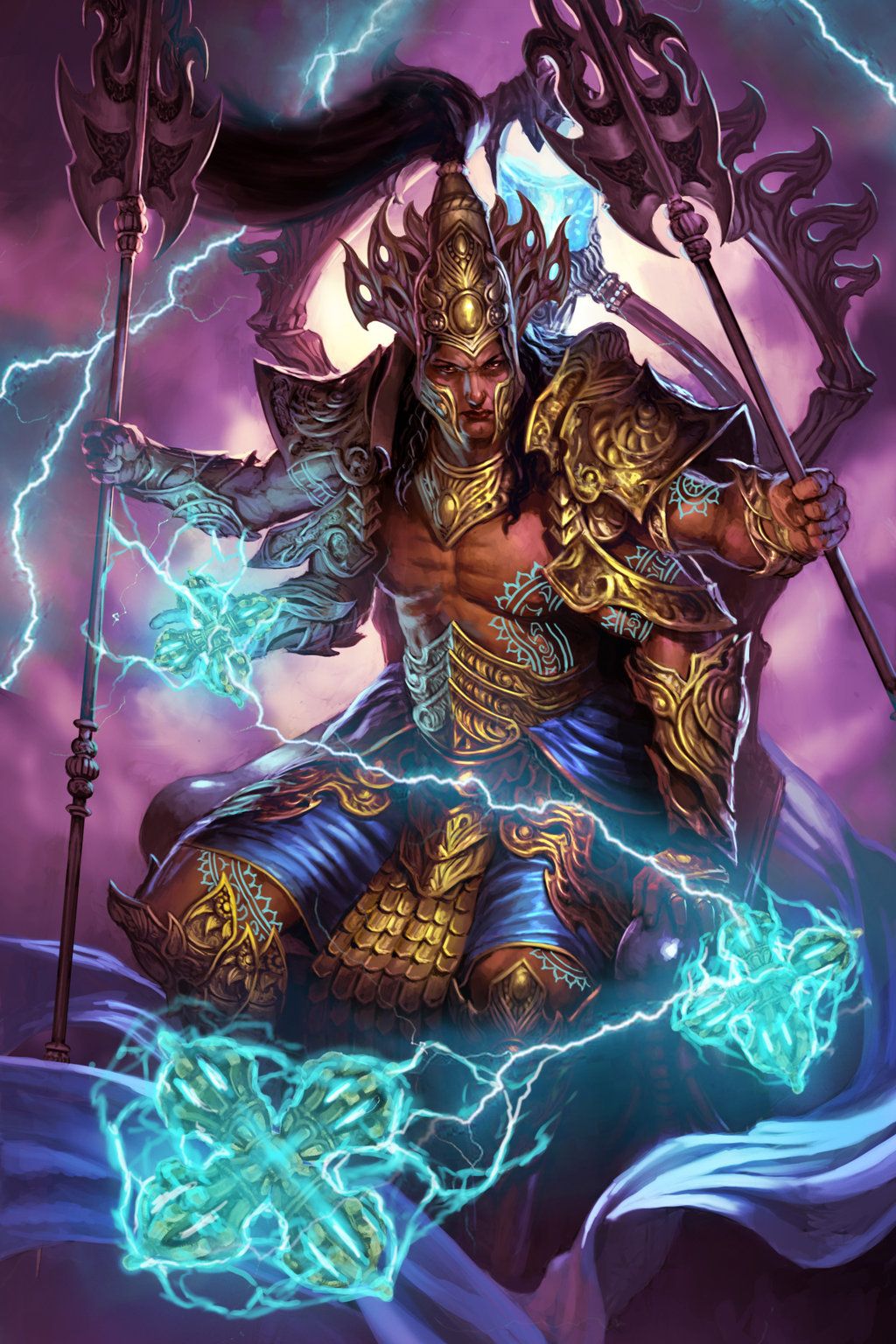