Let’s go back prior 2010 when India was a play ground for the terrorist groups and the serial bombings were common.

Delhi was rocked by five serial bomb blasts killing over 20 and injuring nearly 100 peoples. It took palce in the evening (between 06:06 to 06:38 pm) in Karol Bagh, Connaught Place and Greater Kailash-1. A few ammonium nitrates bombs were planted near India Gate too but those were diffused.

Indian Mujhahideen claimed the responsibility of such cowardly attack on innocents.

Indian Mujahideen strikes back once more. Within 5 minutes from now… This time with the Message of Death, dreadfully terrorising you for your sins. And thus our promise will be fulfilled. Inshallah…Do whatever you want and stop us if you can.[4]

Indian Mujhahideen has been a nuisance for the Indian intelligence agencies. They are the main culprit behind most of the terrorist attacks in India. Yasin Bhatkal is well known terrorist and master mind of this group who is now caught and jailed.

Informants of Delhi police shared some solid inputs on the recent bomb blast case. They had spotted the IM commander Atif Amin and his comrades in Batla House, Jamia Nagar, Delhi.

Delhi police came up with a plan to eliminate all the terrorists inside Batla House in an encounter. A special team of seven members was formed under the encounter specialist Inspector Mohan Chand Sharma.

The first fire from the terrorists managed to injure inspector Mohan Chand Sharma and one of his associate. They kept on firing without thinking of their lives or families.

Although later it was found out that Mohammed Sajid was not killed in this encounter. He did manage to flee to Syria where he started working for ISIS.[5]

Inspector Sharma was later succumbed to his injuries in the abdomen.

An NGO named “Act Now for Harmony & Democracy” filed plea petition in Delhi High Court to look into this matter. High Court asked the National Human Rights Commission (NHRC) to enquire into the Delhi Police’s role in this encounter.

There was even a conspiracy theory that the death of inspector Sharma was due to inter departmental rivalry. He was shot by his own team member.

On 22nd July 2009, NHRC submitted a 30 page report on this encounter to Delhi High Court which gave a clean chit to Delhi Police.[6]This report also revealed that late Inspector Sharma suffered a shot in the hypochondriac region of the abdomen which nullified the conspiracy theory and subsequent claim of judicial probe.[7]

Inspector MC Sharma was one of the most decorated officer of Delhi Police. He had won seven gallantry medals.

In 2009, he won President’s Medal of gallantry and India’s highest peacetime military award the “Ashoka Chakra” on 26th January 2009 posthumously. 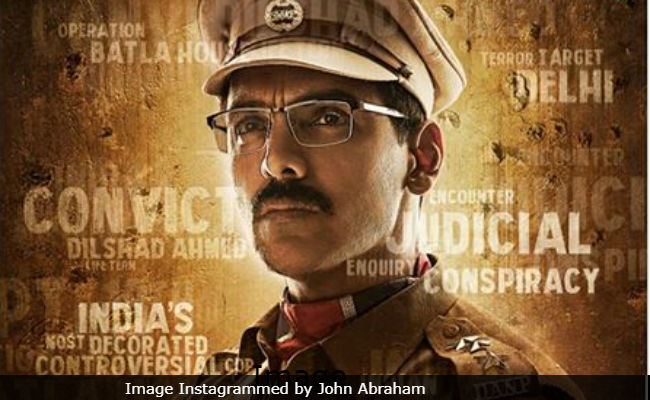 Thanks for going through

[5] Indians in IS recruitment video from Azamgarh?