The Ahoms came from Myanmar-China border region and settled in Upper Assam in 1228. 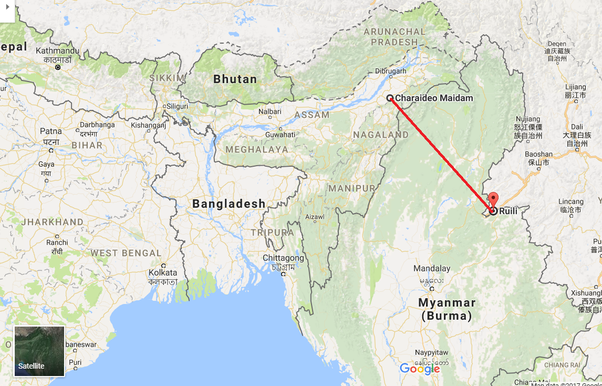 Unlike other invaders the Ahoms adopted the Assamese languague and Hinduism. It gradually started to build its kingdom. It almost covered the entire region of present day Assam and Arunachal Pradesh. 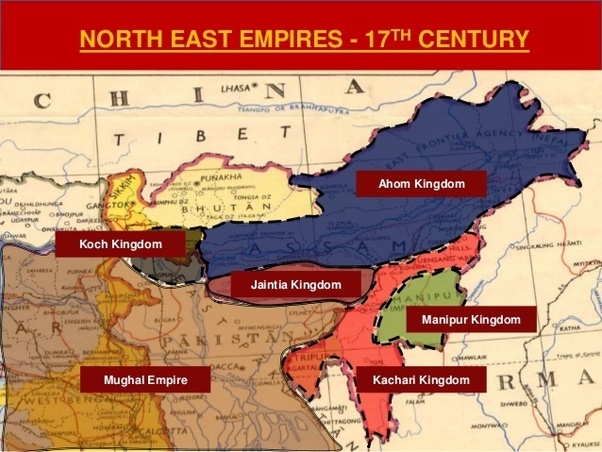 It came into conflict with the Mughals from 1615 – 1682. The battle of Saraighat 1671 led by Ahom general Lachit Borphukan was one of the major victories for the Ahoms against Aurangzeb’s forces.

It was land and naval battle fought on the Brahmaputra river. The Ahoms were outnumbered but still was able to emerge victorious. The final battle of Itakhuli 1682 drove out the Mughals for the last time. The Mughals were never able to conquer the region. The Ahom Kingdom fell in the hands of the Burmese Invasion. They were attacked by the Burmese in 1817, 1819, 1821 when the Ahoms were at its weakest due to internal conflict. Later in 1826 the British defeated the Burmese and took control.

The thing great about the Ahom kingdom was its longevity. It lasted for almost 600 years. It was an unstable time in Indian subcontinent. Only other empires that could match the longevity were the Cholas and Pandyas, but they ruled around 300 BCE. During this period many kingdoms came and went in different parts of India. Like in Delhi many dynasty ruled in those 600 years.

During this period architectures like the Talatal Ghar and Rang Ghar were built in Upper Assam. Great scholars like Sankardev and Madhavdev wrote some of their epics under Ahom rule. Kingdoms like this are just given one line in our school textbooks and sometimes goes totally unmentioned.