1. Arjuna was born on an auspicious occasion when the two stars named Purva Falguni and Uttara Falguni were in the sky.

2. As soon as Arjuna was born, a celestial voice spoke of his supreme greatness. Entities like gods, celestial sages, serpents, yakshas, gandharvas and apsaras assembled to pay their respects to Arjuna.

3. Arjuna became the only Atiratha in Drona’s gurukul. An Atiratha is considered to be a warrior who has the ability to fight simultaneously with twelve Maharatha class warriors.

4. Arjuna rescued his preceptor Drona from the grasp of a crocodile when he went to bathe in the river Ganga. Pleased with Arjuna, Drona imparted him the knowledge of a lethal missile known as Brahmashira.

5. Arjuna imparted the knowledge of Agneyastra to a gandharva named Chitraratha.

7. Chitraratha gave one hundred divine horses to Arjuna. They were divinely scented and extremely swift to be compared with the speed of the mind. After receiving the indestructible chariot from Agni, Arjuna yoked four of these horses to his chariot.

10. Arjuna conquered the entire northern direction upto the land of northern Kurus. En route to conquering the northern direction, there was an occasion where he had to fight with king Bhagadatta of Pragjyotisha. The fight ensued for eight days and neither of them was able to defeat the other. At last, Bhagadattha sought to decide the outcome through conciliation. He agreed to accept Yudhishthira as the sovereign emperor which allowed Arjuna to resume the conquest of northern direction.

12. Arjuna was the only character from Mahabharata who sat on the throne of heaven. When he reached Indraloka riding on the chariot driven by Matali, he was greeted by masses of gods like Adityas, Rudras, Saddhyas, Maruts, Vishwadevas and Ashwinis. He was greeted by Indra who requested him to sit on the throne of Indraloka for some time. Arjuna agreed and sat on his father’s throne to fulfill his father’s wish.

13. Arjuna learnt a divine knowledge known as Gandharva Veda from Chitrasena during his stay in Indraloka.

14. Arjuna resided in Indraloka for five years. During that period, he killed a plethora of demons in various dominions. Arjuna journeyed to Rasatala and killed invincible demons called Nivatakavachas. He killed those demons by using weapons like Madhava, Vishoshana, Salila, Shaila and Vajrastra. He then journeyed to the city of Hiranyapura and encountered demons called Poulamas and Kalakeyas. He invoked Roudrastra to kill fourteen thousand demons in that city. Later in Indraloka, he killed a demon named Jambha who disrupted Indra’s sacrifice. 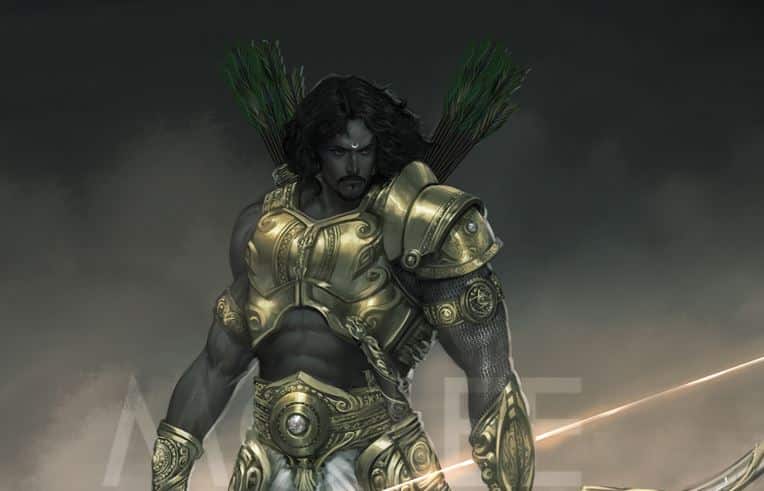 1 thought on “Unknown Facts about Arjuna?”