After the death of Pandavas this happened: 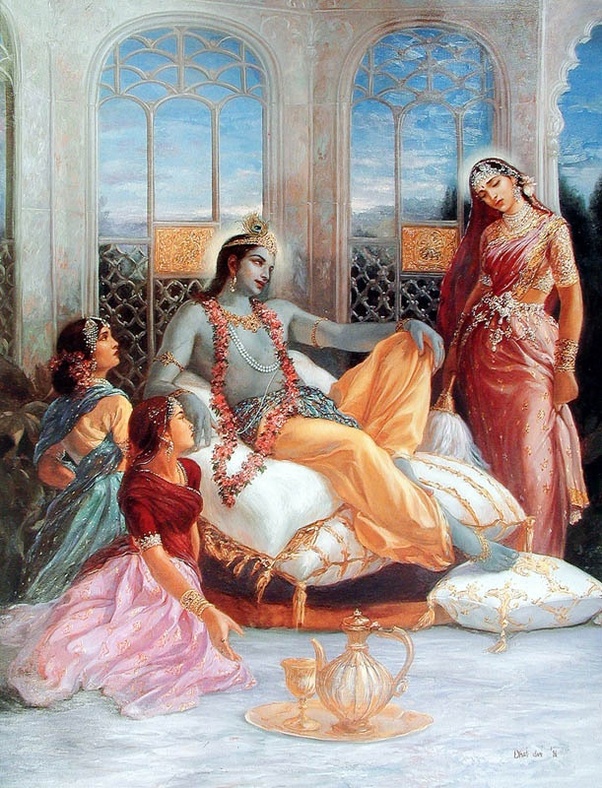 Krishna has more than 16 thousand wives, the 16 thousand described in the last chapter are the ones he rescued from Naraka not the 8 main queens (Rukmini, Satyabhama):

16,000 women had been married to Vasudeva as his wives. When the time came, O Janamejaya, they, plunged into the Sarasvati. Casting off their (human) bodies there, they re-ascended to Heaven. Transformed into Apsaras, they approached the presence of Vasudeva.

Related: Top 10 Warriors According to the Mahabharata